2011 has been a great year for us. When we look back at what we’ve experienced and accomplished it almost feels unreal.

In january we left for Los Angeles, CA, to record the album “Knock You Down”. We spent three weeks in the sun, or well, actually we spent a lot more time in the studio than in the sun, but compared to cold mid-winter Sweden it was a dream. 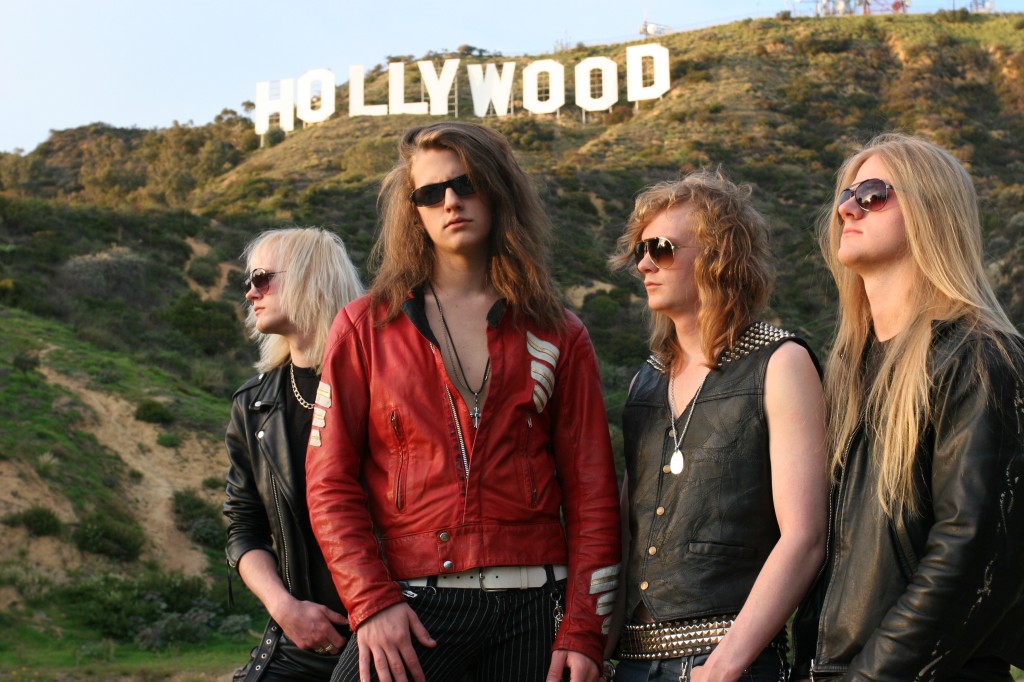 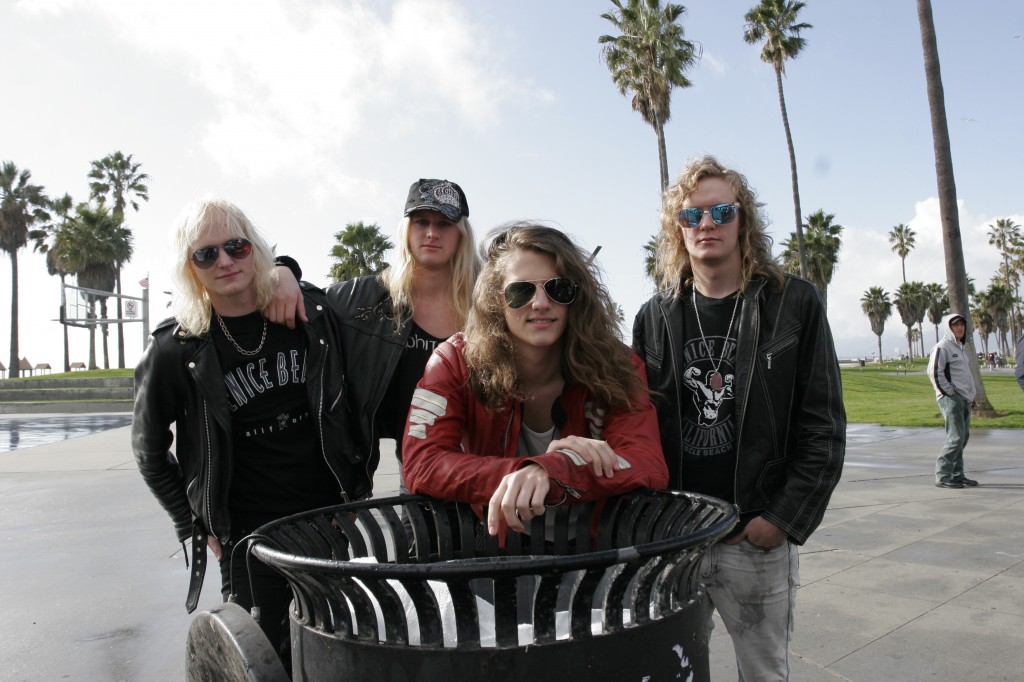 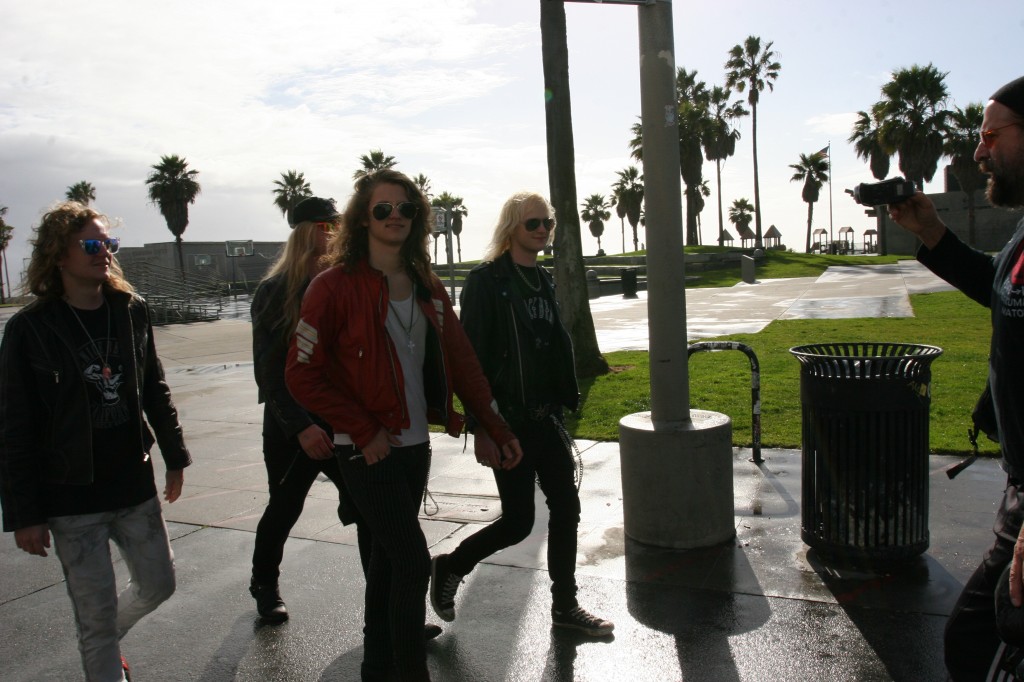 Not only did we record an album, but we also did a live show at The Roxy, which was a real blast. We also got to hang out with some true heroes 😉 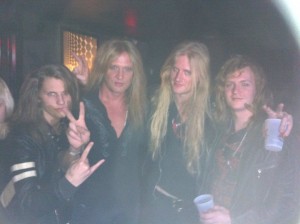 with Sebastian Bach at the Whisky

Just a couple of weeks after coming back to Sweden, we had the honor of doing our version of “This Is My Life” in the finals of “Melodifestivalen 2011” (the swedish qualifiers for the Eurovision Song Contest). What a gig! The televised show was seen by 3.7 million viewers in Sweden, and naturally this gave Dynazty a big boost forward. The single reached #6 on the swedish iTunes-charts.

In april, “Knock You Down” was released in Scandinavia and Japan. The album peaked at #1 on the swedish hard rock chart, and #21 on the mainstream chart.
Then the touring began. 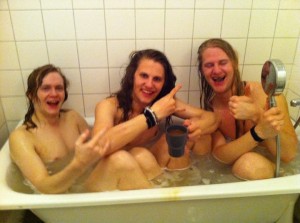 in a bathtub somewhere in Sweden

We played several club shows in Sweden, followed by a lot of kick ass festivals like Rockstad:Falun, Getaway Rock Festival, Skogsröjet, Piteå Dansar Och Ler and Stockholm Pride Festival during the summer. Playing so many live shows made us grow as a band, and the live reviews were simply great! 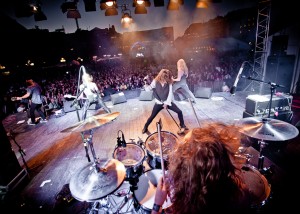 By the end of the summer, we started writing material for a third album. In October we joined the Smokehead Rocks Tour in the UK. We had a great time on that tour, and it felt really good to get some exposure in a new territory.

poster for the Smokehead Rocks Tour

After the tour, we continued writing songs for the upcoming album (that, by the way, is gonna be the best album of 2012 without a doubt!). Also, we announced our new guitar player Mike Lavér. It feels great to have him on board, and we’re sure you’ll understand why! 😉 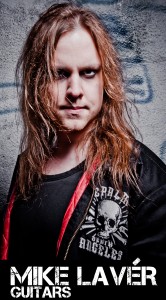 In november, our participation in Melodifestivalen 2012 was confirmed. This will of course be the biggest thing we’ve ever done. We’re in the last qualifier that takes place in Malmö Arena on february 25th 2012. Remember to vote folks! 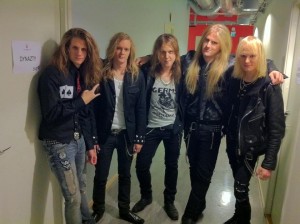 Backstage at the press conference for Melodifestivalen 2012

In december we entered the legendary Abyss Studio together with producer Peter Tägtgren to record our heaviest and best album so far.

Phew! Quite a year we’ve had, and guess if we’re excited about 2012. Here are some of the things that’ll happen!
* 7 show tour of Spain in january
* Melodifestivalen 2012 in february
* Album release feb/march
* Rockstad:Falun in august

BIG thanks to everyone who has helped us and supported us this past year.

This entry was posted in Other. Bookmark the permalink.